What is it?
Miss Kyoto Doll
What is it made of?
Composition (dolls)/Cloth/Hair/Wood
Where is it from?
Japan
When was it made?
1927
Object ID
AB 782.1
Description

Miss Kyoto, on display in one of the "street windows" by The Japanese House, is a Friendship Doll and an example of the Ichimatsu Ningyo type of traditional Japanese doll. She has a composition head, legs, and arms, a stuffed body, and black hair. Her kimono is made of crepe silk and features floral designs over green at the shoulders, fading to pink at the bottom. She wears an inner scarlet kimono layer with stencilled decoration of birds and butterflies in gold. Her long sleeves reach to the hem of her kimono, indicating that it is a furisode type of kimono. Her obi (sash) is made of orange flowered damask, and she wears white cotton socks. Miss Kyoto's accessories include: a stand; two painted lamps made of silk and gold and black lacquer; one lacquered table; one incense burner; two cylinders; a ladle; two incense sticks; two small black and gold lacquer traveling trunks; one small lacquered hand-mirror case; a tall lacquered chest of drawers; one small lacquered chest of drawers; five small, soft stuffed toys; a large lacquered traveling trunk; one round case with a blue and white porcelain tea set; a tea ceremony pamphlet; one pair of flat sandals called zori; one pair of platform sandals called geta; a wagasa (parasol); a fan; one silk battledore paddle with balls and shuttlecocks (birdies); a folded cloth handkerchief, or furoshiki; and one wooden sign from a 1986 return visit to Japan.

Miss Kyoto was made by Hirata Goyo II (1903-1981), the artist who made five of the 58 Friendship Dolls and who was declared a Ningen Kokuho (National Living Treasure) in 1955, the first doll artist to receive that honor. Goyo's dolls were considered to be the finest of the collection when they were made—and he was only 24 years old at the time. The ten artisans of the Friendship Dolls only made the doll bodies, including faces, hands, and feet. The clothing, accessories, and final touches were handled by others (including textile makers and lacquer artisans). Her head was damaged early, likely on her original journey, and was repaired temporarily. Miss Kyoto was fully conserved in 1986 on a trip to Japan. She remains an ambassador for visitors to The Japanese House and to seasonal Japanese programs at the Boston Children's Museum.

A composition doll is made of a material called "composition," which is made from a mixture of sawdust, glue, and other materials such as cornstarch, resin, and wood flour. Originating in the 19th century, composition dolls were marketed as unbreakable, as the material was sturdier than previously used substances. 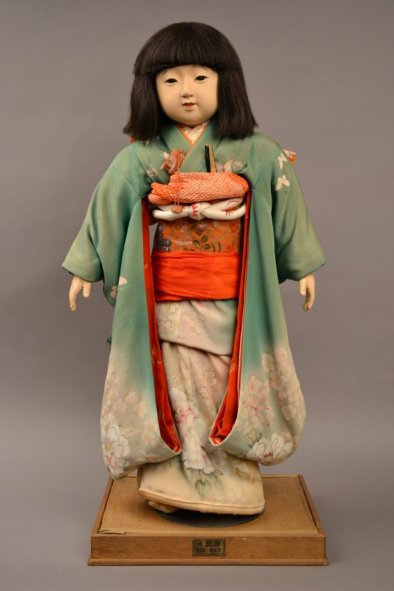 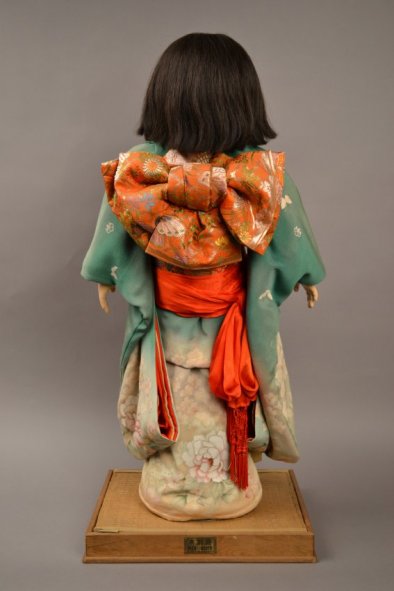 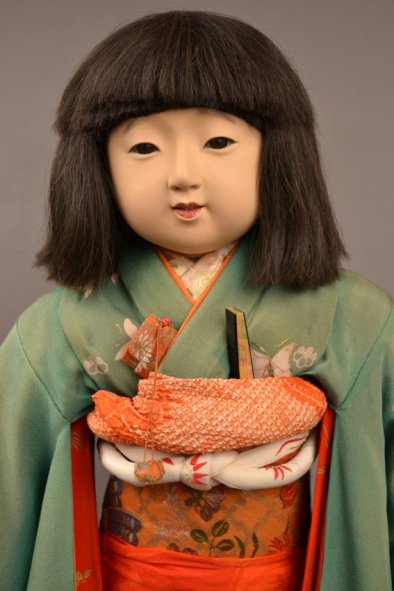 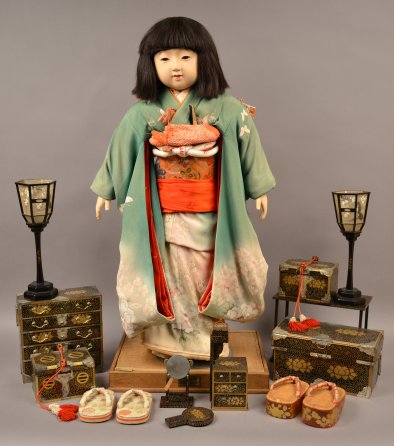 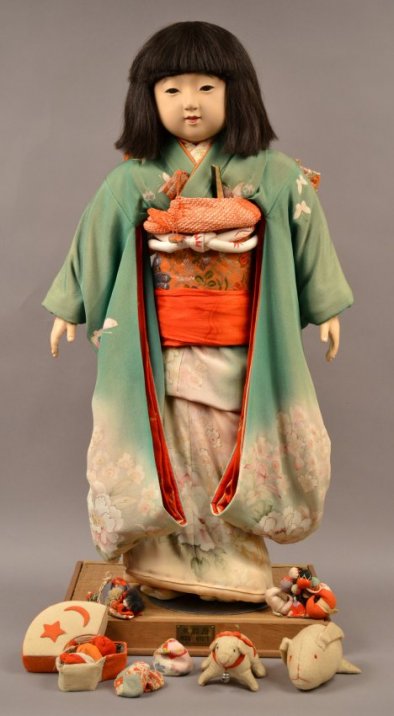 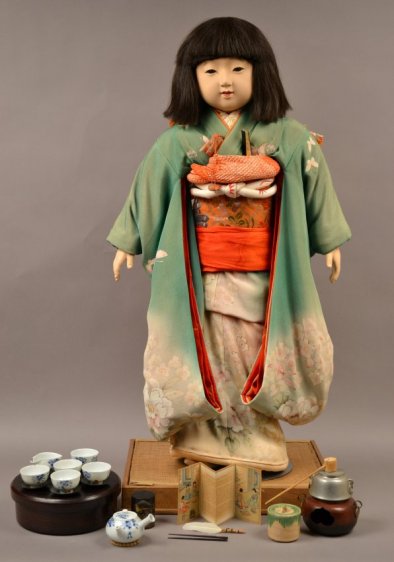